Almost two years ago, Everett and Anne Kibler became the primary caregivers for Everett’s Mother, Lillian, after a fall sent her to a four-month hospital and rehab stay. It was from this experience that the Kibler family learned about what families go through when an aging loved one needs more care.

Like 90 percent of senior citizens, Lillian’s wish was to come home. One of her biggest motivations to get better was to be able to go home to her little dog. The question was how would the family make that happen?

The fact that her home is all on one level made coming home a real possibility. The biggest challenge was the flight of stairs from the garage into the house. Lillian wasn’t able to navigate the stairs any longer.

How would the family be able to have a safe way for her to come and go safely? How could Anne help Lillian bathe with dignity? How would they make the home liveable for the three of them and achieve each person’s comfort level?

After some research, advice from Lillian’s doctor and the social worker, the Kiblers completely their first Age In Place home improvements. As you can see from the pictures, Lillian is glad to be home. 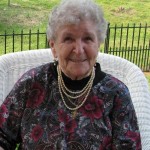 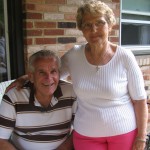 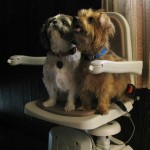 For several years, a local Boyce family had considered installing a SunSetter Retractable Awning on their back deck. The challenge was how to make it fit, as the beam of their porch was only a few inches wide.

Then they met Everett at a garden fair at the State Arboretum. He explained to them that, as an authorized SunSetter dealer, Age In Place Improvements had a method of installing the awning from the roof instead of under the overhang. That’s when they realized that they could have a SunSetter installed on their home after all. Problem solved! 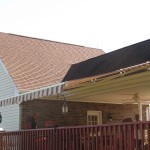 END_OF_DOCUMENT_TOKEN_TO_BE_REPLACED

Winter months can be particularly harsh for seniors and the disabled, especially for those who live in states where the temperatures drop below … END_OF_DOCUMENT_TOKEN_TO_BE_REPLACED

“Helping my husband to bed is now filled with joy and laughter, instead of the nightmare of fearing we’d both end up falling down the stairs!”

Join the conversation on Facebook!

Age in Place Improvements provides remodeling products and services that allow everyone to enjoy their homes in Winchester, Va, Martinsburg and Charles Town WV. as well as Western Loudoun County and Fauquier County.